After a disappointing 113-111 home opener loss last night, the Delaware 87ers fell even further behind with another loss to the Westchester Knicks Tuesday night which ended 117-90.

The loss is the Sevens third straight loss and it was Westchester’s third straight win on the road. Delaware fell behind early in this game 12-0 and really never could dig out of that hole. Westchester on the other hand was on fire throughout the game as they had a 32 point lead at one point.

The game started out with Westchester going on a 12-0 run, right out the gate in the first quarter.  Knicks run was led by forward Nigel Hayes who had four points and an one assist during the run.  Forward Isaiah Hicks contributed one assist and two defensive rebounds during the 12-0 run.

The Delaware 87ers finally got on the board with an layup from center Emeka Okafor with 8:02 left in the first quarter.

After Okafor’s layup, forward James Webb III was fouled at the three point line and  he then made all three free throw shots to narrow Westchester’s lead to 12-5 with 7:27 left in the first quarter.

That run was led by center Luke Kornet and Nigel Hayes who both scored 5 points during the run.

For the rest of the first quarter, the Knicks outscored the Sevens 6-5 with Westchester ending with a 38-14 lead.

The second quarter started and we finally started to see some fire power from the 87ers as they went on a 12-2 run to start the quarter.

The Sevens opening run in the second quarter was led by Okafor and Shane Edwards who both had four points on the run.  The 12-2 run narrowed Westchester’s lead to 40-25 with 8:49 left in the half.

For the rest of the half, the Knicks regained the momentum and outscored the 87ers 22-13.

At the end of the first half, the Knicks lead the Sevens 62-40 at the Bob Carpenter Center. 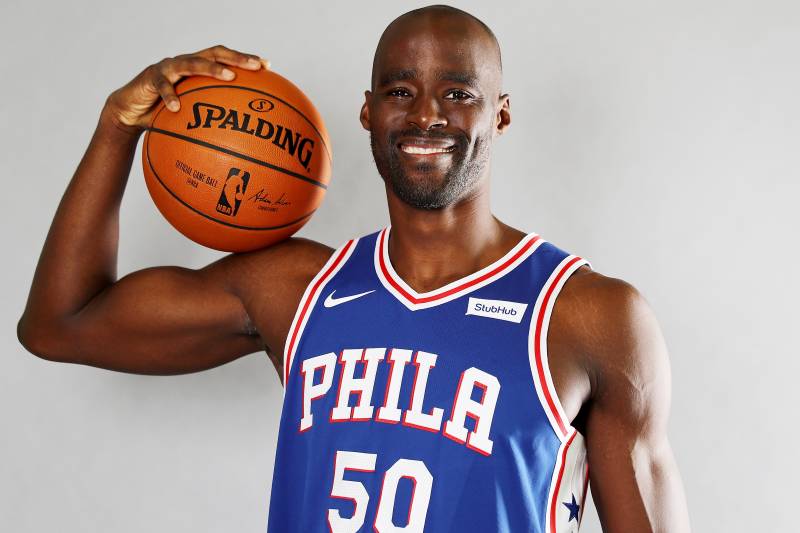 The scoring leader for the 87ers was center Emeka Okafor with 10 points in the first half.

The scoring leader for the Knicks was forward Nigel Hayes with 18 points in the first half.

Delaware’s field goal percentage in the first half was 41.0% and Westchester’s was 51.0%.

The 87ers were 3 for 13 taking three pointers and the Knicks were 4 for 9 in the first half.

Also, Delaware had 15 turnovers and Knicks had 4 in first half.

For most of third, the Sevens were trading buckets with the Knicks on virtually every other possession but because they were already in a deep hole it did not help them get closer to the lead.

87ers outscored the Knicks 33-31 in the third quarter to pull the score to 93-73 with one quarter left to play.

Then in the fourth quarter the Knicks put the Sevens away for good with outscoring them 24-17 in the quarter.

The Knicks ended the game with a convincing 117-90 win over the Sevens.

The leading scorer of the night for the was Knicks Nigel Hayes who had 37 points on the night.

Sevens leading scorer was Jacob Pullen who had 18 points on the night.

Emeka Okafor recorded a double-double with 17 points and 11 rebounds for the Sevens in the loss.

Along with Pullen and Okafor one other  Sevens player hit double digits in points and that was Mike Young.

The Sevens (0-3) head on the road for their next game against the  Sioux Falls Skyforce on Friday, November 10th at 8 pm ET.

.@FurkanKorkmazFK shares his thoughts after his second game with the #Sevens: pic.twitter.com/FBS43CKBcS