The Delaware 87ers have been on a nice ride lately, winning three out their four last games and they added to it Friday with a 114-107 win over the Canton Charge. Also, the Sevens have now won back to back games.

It all started in the first when the Sevens went on a early 9-2 run in the first quarter. Shawn Long and James Webb III were big for the Sevens in that run with Long scoring 4 points and Webb hitting a nice three.

The Charge would tie the game up in the first around the 4:21 mark at 15 a piece, thanks to a Chris Evans jump shot. Then the two teams would trade baskets and the the lead for most of the quarter until the end. Then the Charge went on a 7-4 run in final seconds of the first to go up 30-26.

Shawn Long was the leading scorer for the Sevens in the first half with 12 points.

Charge’s Eric Moreland was the leading scorer for his team with 15 points in the first half.

In the third quarter the Sevens came out energized and outscored the Charge 37-20. Also James Webb III had a nice quarter of shooting the three going 3 for 5.

In the fourth the Charge tried to come back but they could not dig themselves out the whole they dug in the third and the Sevens would hang on to win in Ohio.

James Webb III led the Sevens is points for the game with 22.

Sevens (7-6) have no time to rest because they head to Chicago Saturday to face the Bulls. Tip off is at 8pm ET. 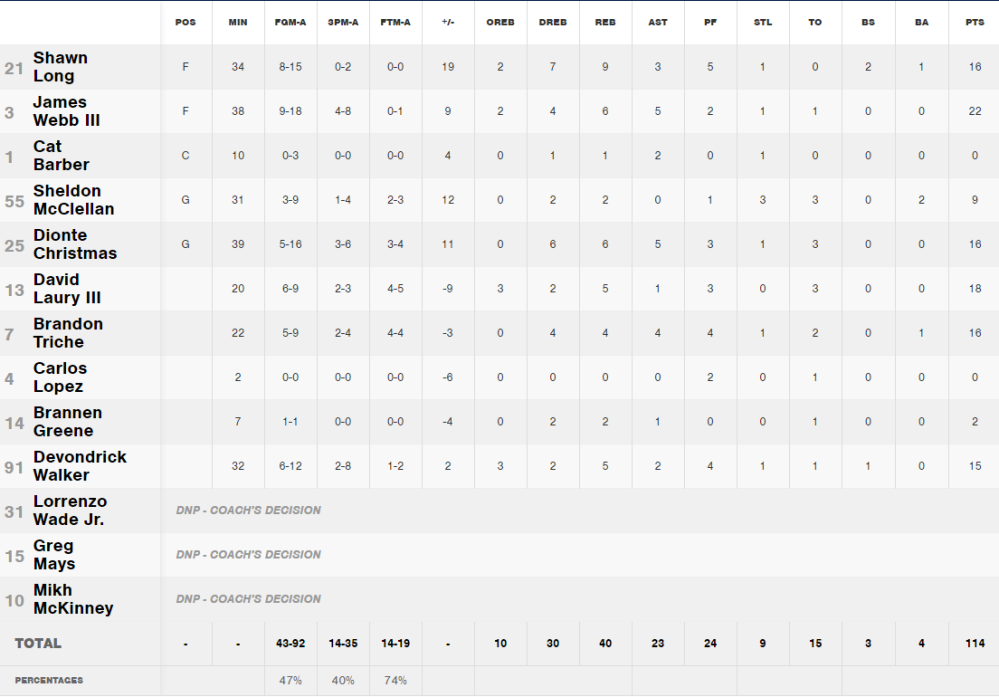