After going 2-1 on their recent road trip, the Sevens returned home to the Bob Carpenter Center and continued their winning ways. The Delaware 87ers beat the Oklahoma City Blue 104-95 on a chilly Tuesday night.

It might of been cold outside but Sevens were hot on their home court playing one of their best quarters of the season when they went up on the Blue 30-16. The lead was thanks to a 14-0 run by the 87ers near the end of the first quarter. The 16 points scored by the Blue is the second least points the Sevens have given up in a quarter this season.

Sevens Head Coach  Eugene Burroughs was very impressed what he saw in the first quarter of Tuesday’s game.

“I thought we moved the basketball. We made shots. I think our team is progressing and getting better the more we share the ball,” Head Coach Eugene Burroughs said. “I think Cat Barber was kind of a catalyst for us. He’s been moving the ball very well the last three or four games, and when he does that it gets other guys involved and guys can make shots and it breeds that sharing of the basketball.”

“Honestly, I think our game is a game of runs,” Burroughs said. “Someone’s going to come out early and make some shots and the other team is going to go on a run. It’s ‘can you withstand run?’”

Daniel Hamilton led the Blue with 18 points in the first half.

Dionte Christmas led the Sevens with 10 points in the first half.

Timothe Luwawu-Cabarrot the 76ers assignee and first round draft pick had 16 points, 2 steals, 5 assists and 6 rebounds on the night.

“I think confidence-wise, it helps him because now, again, he’s playing in NBA games and to come down here and play against the talent level here, which is good talent, but it’s different,” Burroughs said. “The style of play is different, the game is different. When you watch him play, he’s in pick-and-rolls with us and I’m quite sure with the Sixers he’s not in a lot of pick-and-rolls.

Along with Luwawu-Cabarrot, Sheldon McClellan and Lorrenzo Wade Jr. also had 16 points on the night vs the Blue.

Three other players hit double digits with points vs the Blue and they were  David Laury III (15), Dionte Christmas (15) and James Webb III ( 11).

Sevens (6-6) head to Canton to face the Canton Charge on Friday at 7 pm ET. 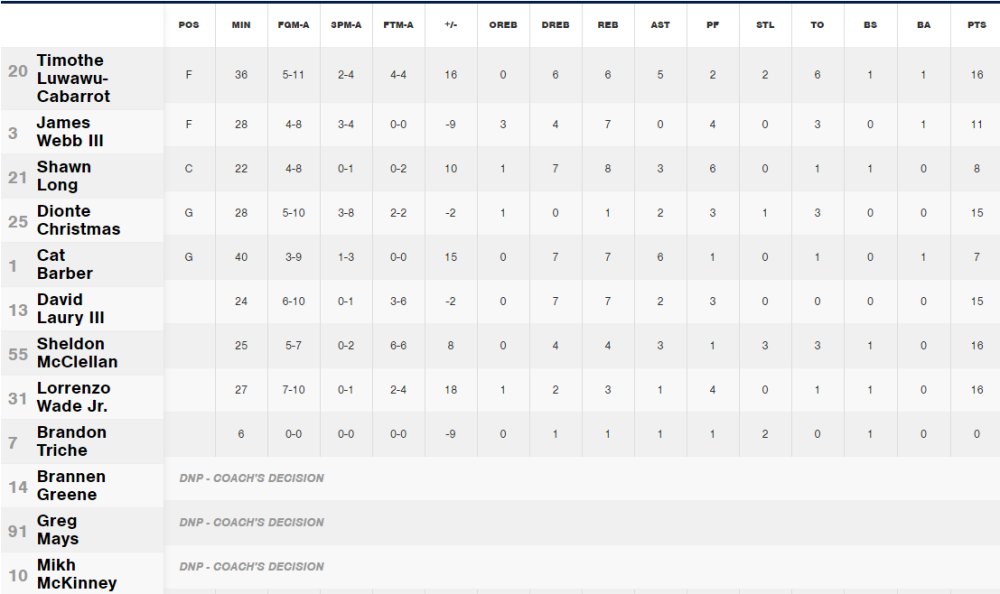