On Sunday, the New England Patriots and Philadelphia Eagles will match up against each other in Super Bowl LII and by the end of the night one team’s city will have the ultimate bragging rights.

So why are we mentioning this on a Delaware website? Well there is two local connections in this game and that is  Philadelphia Eagles running back Wendell Smallwood and Safety New England Patriots Duron Harmon are from the state of Delaware.

First let us look at the ultimate underdog and that is Eagles Wendell Smallwood who had to fight through adversity to be one game away from a Super Bowl Champion.

This part of the article comes from our friends at Alpha Training who I wrote this article about the Eagles running back for.

Wendell Smallwood is flying high living out of a childhood dream of playing in the NFL with the Philadelphia Eagles but how the Wilmington, Delaware native got to there was not an easy road.

The Delaware native grew up in the rough neighborhoods of Wilmington, Delaware and relied on family and friends to help him to stay on the right path to get out of the city.

Smallwood told DelawareOnline’s Martin Frank that he plays the game because he has to and does not want to let down his family and friends.

“I love the game and it’s fun. But that’s not why I play,” Smallwood said. “I play because I have to. I have a family, coach and friends who believed in me. I can’t let them down. I have to be there for them.”

But before even his high school career started, Smallwood started getting in trouble with a group of kids in the community. When Smallwood was 13, he was ordered by the court to write an explanation to his mother of his troubled behavior.

The Delaware native said this of that experience to DelawareOnline:

“I hated that she had to come to the court when that happened,” Smallwood said. “That was a genuine apology to her. I told her it was going to pay off one day.”

Then Smallwood’s life changed when he attended high school at Red Lion Christian Academy later to become known as Eastern Christian Academy. Eastern Christian was not your average high school with your average football players. Just about every player on the team was being actively recruited or pursuing an athletic scholarship from a Division 1 University, and their athletic program showed it. In- season games were played across the country seeking the highest level of competition possible. During 7on7 and camp seasons Eastern Christian traveled across the east coast to get on college campuses to show their talent. During the offseason they had a vigorous strength and conditioning program pushing their athletic potential to the limit.

The program gave a kid like Wendell a structured program that he desperately needed to stay out trouble in the rough city of Wilmington.

Smallwood described his experience to DelawareOnline by saying “ All I wanted to do when I got home was get something to eat, shower and go to bed, I was too tired to hang out.”

The players were going through a college type program with school and football before they even stepped foot as a student on campus.

Graduating from Eastern Christian, Wendell was a three star recruit that committed to West Virginia University.

But his football dream looked like it was in jeopardy when Smallwood was arrested and extradited to Delaware from West Virginia related to charges from two years earlier involving an acquaintance from Wilmington, Delaware.

The charges were eventually dropped against Wendell, where he was able to return to West Virginia to continue pursuing his childhood dream.

Smallwood was asked more about the incident after he was drafted last year by the Eagles and his response was:

“I was young, hanging out with the wrong people,” he said. “I was never around whatever happened. I wasn’t involved. There was no evidence, no witness against me … I just learned from the situation. I’m just trying to move forward and [become] a man from that.”

The West Virginia running back said the arrest hit him hard because everything that he worked so hard for almost was taken away. Smallwood also did not want to quit school or football at WVU because he knew his mother would send him right back.

“I just knew that I couldn’t quit,” Smallwood said. “I know if I did, my mom wouldn’t let me come home. She would’ve sent me on the first bus back to West Virginia because there were times I thought about it. I can’t go home because they’re going to look at me crazy.”

With the trouble behind him, Smallwood looked like a man with something to prove on the field by rushing for 722 yards and two touchdowns in 2014. In 2015, he exploded for 1519 rushing yards (which led the Big-12) and nine touchdowns. After that explosive season, Smallwood was named All-Big 12 second team honors. Smallwood’s 2015 season is the fourth all time in rushing in a single season in WVU’s program’s history. 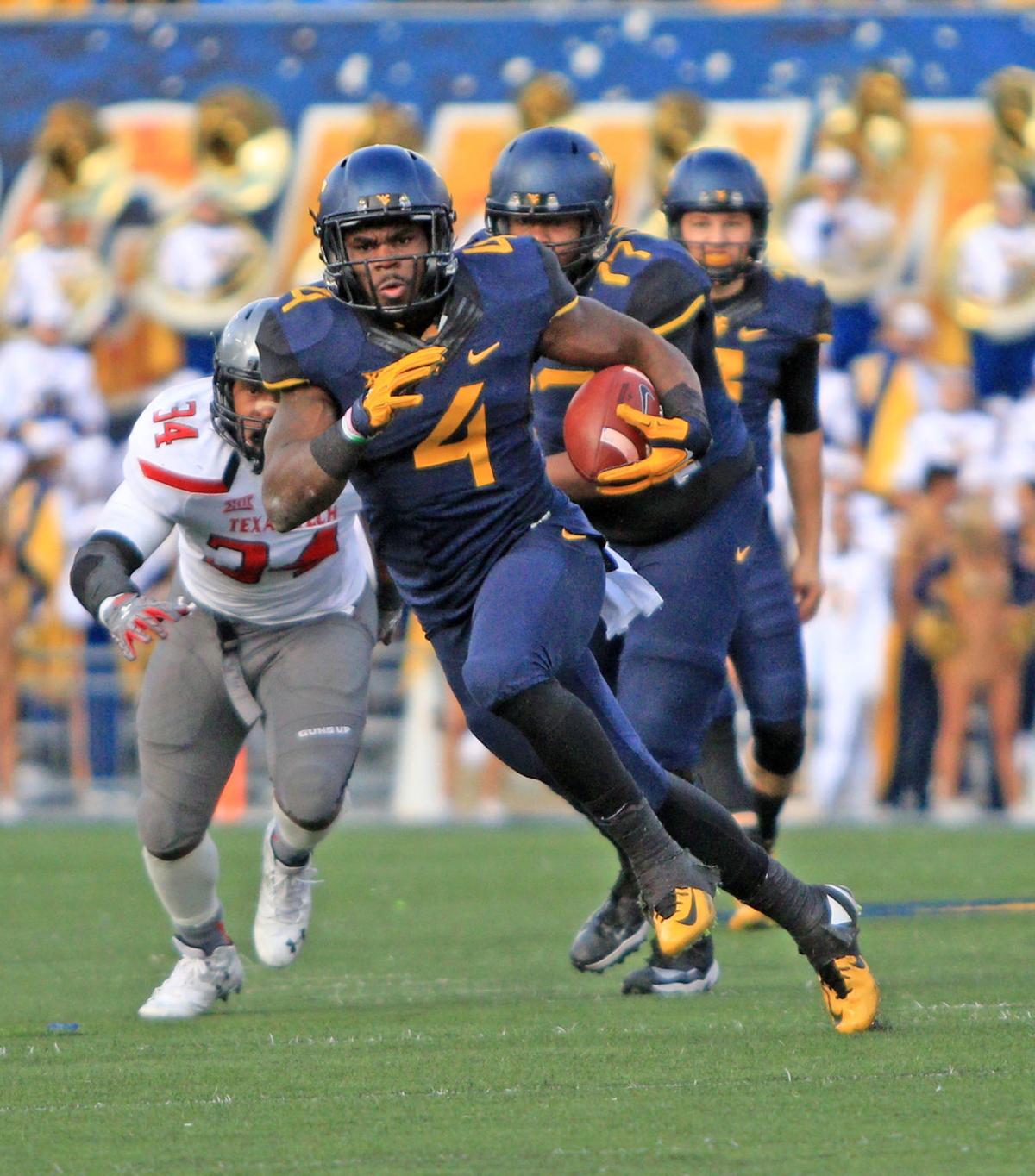 Smallwood ended his career with 2462 rushing yards and 12 touchdowns that put him 9th all time in WVU’s rushing list.

Then in late April of 2016, Smallwood’s hard work finally paid off as he was drafted in the fifth round (153 overall) by his hometown team that Philadelphia Eagles.

After being drafted, the 5 foot 10 inch and 208 pound Eagles running back told DelawareOnline:

“Everybody was super-stoked about it,” Smallwood said. “Everyone was chanting. I couldn’t even process it as far as everyone going crazy. I just had to chill. Once I soaked it in, it was definitely good.

“It’s just a dream come true being at this place. It was just a blessing.”

After drafting Smallwood, Eagles executive vice president of football operations said this of the fifth round pick “I’m not sitting up here saying this is LeSean McCoy in the fifth round, but this is a good player, Howie Roseman said. “I think there is buzz in the league about this player and … everyone knew, especially after the Pro Day, that he was no secret.”

In his rookie year, Smallwood became the first Eagles player since Correll Buckhalter in 2007 to have over 300 rushing yards and 250 kick return yards in a single season. The Delaware native was also the fourth rookie to accomplish that feat.

Smallwood has faced a lot adversity but the hard work has paid off for the small state kid with big dreams. The Delaware native paved the way for kids from Delaware to live out the same dream. He continues to perfect his craft even at the highest level  at Alpha Training in Newark, Delaware.

Then the next Delaware connection to this year Super Bowl is New England Patriots Safety Duron Harmon who grew up in Magnolia, Delaware.

The 6 foot, 1 inch, 205 pound safety knows what it is like to be on the biggest stage in the NFL as he already won two Super Bowls with Patriots.

Harmon’s journey started like many young kids do playing the game of football outside and then at age ten he started playing in youth leagues as he told ESPN in 2013.

The Delaware native really got into the sport of football because his grandfather would always take him to Delaware State games every Saturday which also told ESPN in 2013.

Then Harmon started at Caesar Rodney High School where he excelled on the field and off.

“I’m very proud to say that he was very much like he is today – a heck of a human being, a great athlete and a heck of a student,” Schonewolf said. “He always wanted to compete, he wanted to win and he wanted to succeed.”

Harmon graduated with honors at Cesar Rodney which was a big deal to his parents who always reminded to put academics first.

His mom Dawn Harmon, a middle school teacher told The News Journal Martin Frank about how she made sure Duron knew how important an education was:

“We wouldn’t let him play any sport unless he had higher than a ‘B’ average,” Dawn Harmon said. “An education is an important thing to have, and we made sure he knew that. He’d come home from practice and he always did his homework. It didn’t matter how tired he was. It was never a problem for him.”

Next for Harmon it was on to Rutgers University where he chose to go for his family could watch him in games.

As he did at Cesar Rodney, Harmon put the hard work in on and off the field at Rutgers and coaches took notice of that.

Kyle Flood who was the assistant head coach and then in Harmon’s senior season the head coach told Martin Frank of the News Journal about Harmon’s consistency.

“I saw that at a very early stage,” Flood said. “The thing I admire most about him is his level of consistency. He was the same every day, always ready to work and contribute. He was one of our leaders and one of our most consistent players.”

During his four year career at Rutgers, Harmon had 129 tackles, six interceptions and had returned two fumbles for touchdowns.

At his time at Rutgers the team won the Big East championship and he also won some individual accolades his time there.

Harmon is a a three-time All-Academic Big East selection and he was named  Big East Scholar-Athlete Sport Excellence Award for the 2012-13 season.

The next step was to enter the draft and no one in his family or his agent knew where the Delaware native would land.

Then Harmon’s life would change forever when in the third round with 91st pick, the New England Patriots chose the Rutgers alum.

According the News Journal even ESPN was surprised of the pick because they did not prepare any game highlights from Harmon’s college career. ESPN did not have it because a lot experts had Harmon going in the next day. 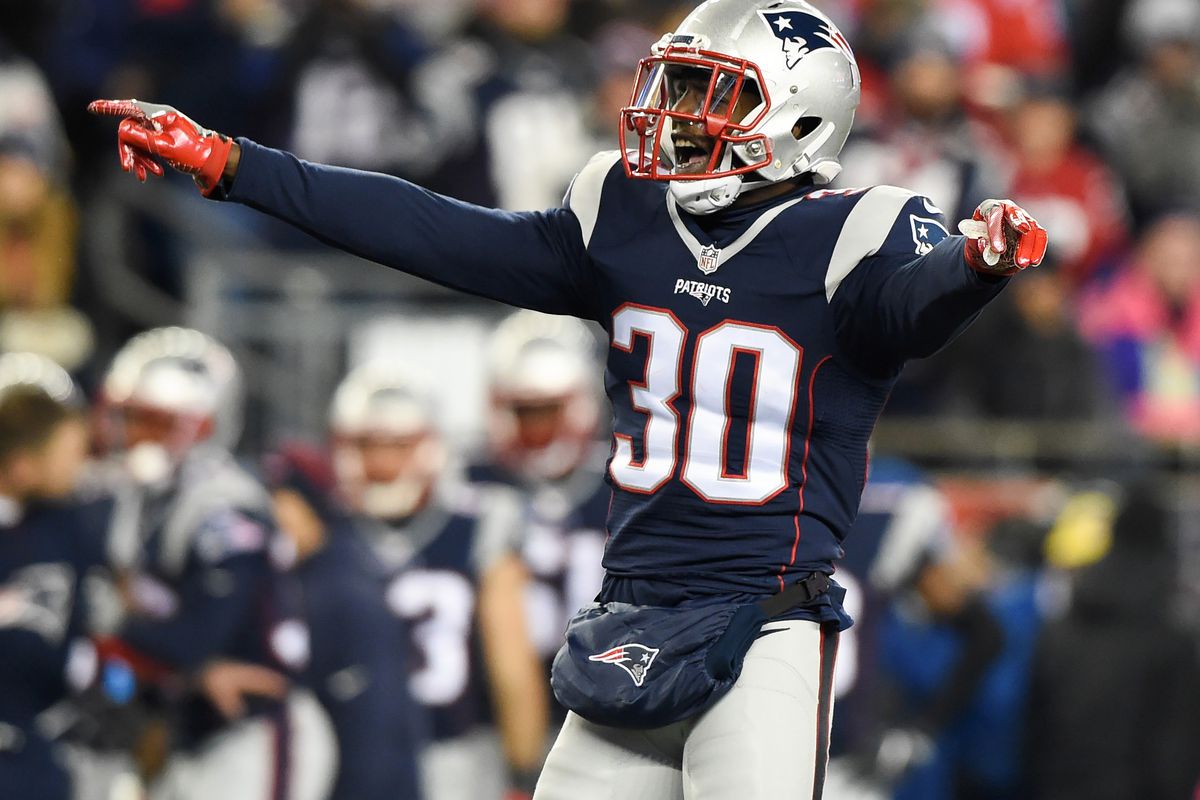 In his second season in 2014, Harmon intercepted Baltimore Ravens quarterback Joe Flacco’s pass with less than two minutes remaining in the game in the divisional round of the playoffs. After the game he said of the play,  “That’s the biggest pick of my life.”

In the same year, Harmon helped the Patriots beat the Seattle Seahawks in Super Bowl XLIX. 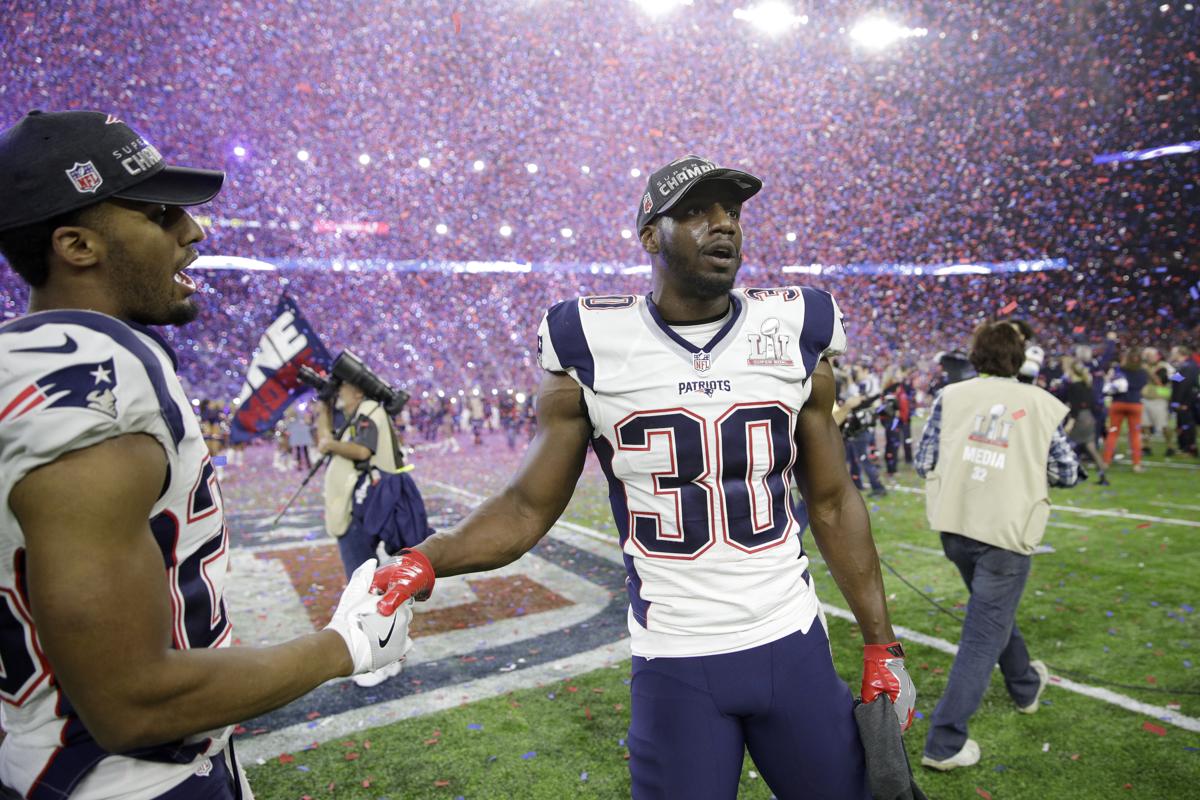 Then last year, Harmon added another Super Bowl Ring to his collection as the Patriots beat the Atlanta Falcons in a dramatic comeback in Super Bowl LI.

In his five years with the Patriots, Harmon has 115 tackles, 11 interceptions, one forced fumble and two fumble recoveries.

His mom Dawn knows that Duron’s hard work ethic got him in the NFL and will always bring him to where he wants to be.

“He always knew that if he was going to make it, he had to work harder than everybody else,” she said. “He still believes that.”

Harmon’s work ethic really shows the person he truly is.