It was a ground breaking day in Wilmington with the NBA G League team the Delaware Blue Coats breaking ground on their future home in the city which will be the 76ers FieldHouse.

We reported in December that the Fieldhouse would be about 140,000-square-foot, seating of 2,500 fans and the cost of the complex would be around $26 million.

At the ground breaking ceremony on Wednesday,  Buccini/Pollin Group Co-President Rob Buccini told the reporters that the complex will be around 161,000 square feet and the cost increased to $30 million.

Buccini/Pollin group have ownership of the Fieldhouse with the Philadelphia 76ers and is the group in charge of constructing the facility.

Related:76ers FieldHouse Is Coming To Wilmington, DE; Will Be 87ers New Home

” We are investing in this facility because we believe it will bring the kind pride and enthusiasm that all of us will be able to ride to be a successful city, state and the communities here.”

Excited to be at the @76ersFieldhouse groundbreaking! Thank you @sixers and @blue_coats for bringing your team to @wilmingtondegov. This new 140,000 sq ft facility will create jobs, expand opportunities for youth in #WilmDE and strengthen our. #communitiesDE. #netDE pic.twitter.com/TiWtShXDNG

” As ex-professional player playing for the 76ers and playing for few ball clubs, I know having a field house such as this means to the development of players. But also, growing up as a kid in a single parent home with not many options ,  I understand what this means to the community to have a place where kids can go and feel safe to have opportunities, mentors ( like the Sonny Hill’s of the world) that can coach you, talk to and lean on.” 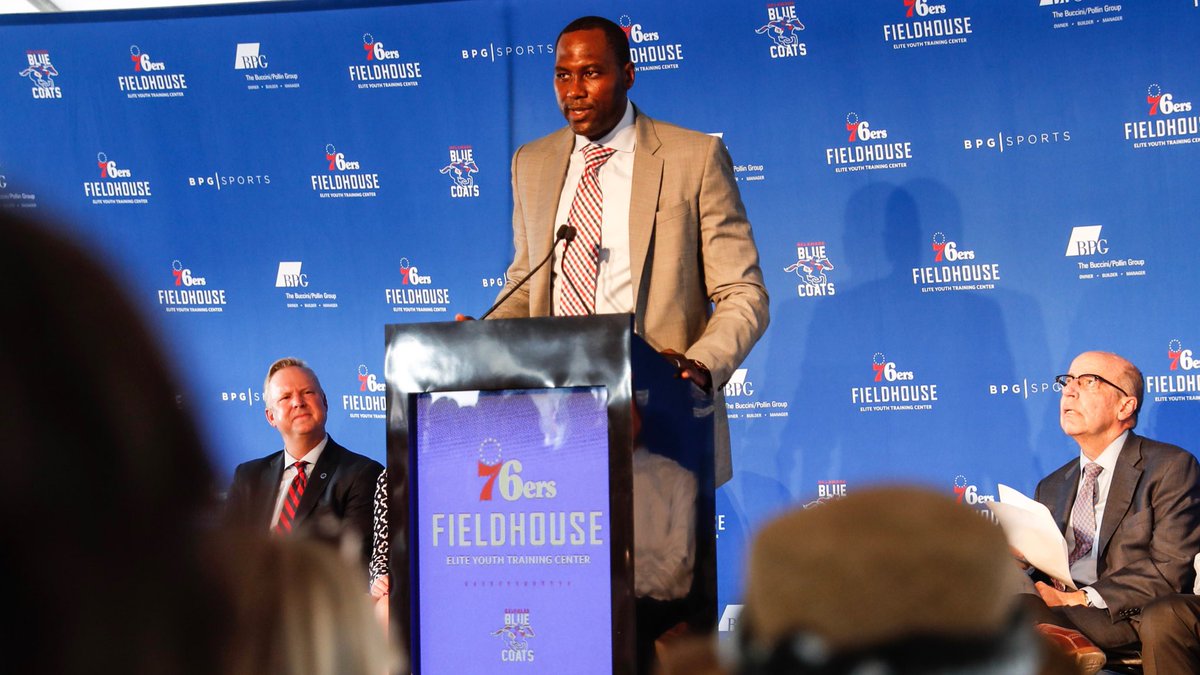 Blue Coats Get The City Of Wilmington Excited:

The Blue Coats had 76ers guards Landry Shamet and Shake Milton travel around the city of Wilmington to get the town excited about the new facility and to tell the community what the team will do for the community.

Al’s Sporting Goods sure has the goods. And now, they’re bleeding #blue, too. #JoinTheRevolution #RoadtoWilmington pic.twitter.com/C94pKXJ86O

Blue Coats are out in full force NOW visiting @wilmingtondegov businesses! Send us a note to make sure we stop by your store or office on our #RoadtoWilmington. #JoinTheRevolution pic.twitter.com/1IgiXtAj6B

The NBA G League Season starts later this fall and it looks like the Blue Coats might not have a permanent home for a while when the season starts.

Rob Buccini told Delaware’s News Journal Kevin Tresolini that “The goal is to get them in here by the end of December. Mid-December is our target.”

Chris Heck, the 76ers president of business operations told Tresolini “that the Blue Coats will play a majority of their early games on the road.”

Heck added that the Blue Coats will also play some home games at the Wells Fargo Center ( home of the Philadelphia 76ers) and University of Delaware’s Bob Carpenter Center.

The 76ers president of business operations also added that “We’re gonna backload the schedule that starts really heavy in January, February, March”, for the team to start playing in the Fieldhouse.

It will be a tough early stretch for the Blue Coats because of the loaded road games in the beginning of the season but hopefully playing at familiar surroundings as the Wells Fargo Center, Bob Carpenter Center and eventually the new 76ers Fieldhouse will level things out.

The Bob Carpenter Center was the old home of the Blue Coats ( formally known as the Delaware 87ers)  where the team has called home since making their debut in Delaware in 2014.

The Hope of Economic Benefits

Courtesy of the Delaware News Journal:

76ers Fieldhouse in Wilmington, Delaware: Return on investment from kokamotoTNJ

Tax Payers Take of Brunt of The Cost For Fieldhouse:

The hardworking people of Delaware are going to be paying for the Fieldhouse for a long time.

According the Delaware News Journal’s  Christina Jedra the city of Wilmington is giving the The Buccini/Pollin Group ( the developer constructing the facility) a $1 million grant and the state is giving the group  $3 million dollars.

Jedra also reports that the group already paid $1.3 million for a 99-year lease to the Riverfront Development Corp ( government-created nonprofit) which means they will not pay taxes on the facility.

One word to describe the inside of the fieldhouse from the pictures the team released would be sharp.

The levels, the Blue Coats show in the pictures show a crisp, fresh and modern looking facility.